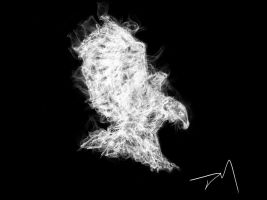 QUINTUS DIAS.  While the turn of events in Harney County, Oregon continues to divide the community and outside media press their slanted views on the American public, the figure of judge Steven Grasty, and his real role in the situation remains murky (http://www.oregonlive.com/pacific-northwest-news/index.ssf/2016/01/oregon_standoff_roseburg_state.html).

Harney County’s official site claims that it has natural resources to support a wide variety of industries including agriculture, manufacturing and hi-tech development, and a growing population (http://www.co.harney.or.us/).
According to the Harney Co. website, Grasty is an elected Harney County judge with county commissioner executive powers.  Ordinarily, elected officials may only occupy a single office to preclude conflict of interest issues.  Thus, it remains unclear what real role Grasty serves.  The duties of Grasty as a county executive are not specified.
Does he hear court cases and if so, what types of cases?  Misdemeanor and or felony cases?  Or is the title honorary?  The Harney Co. webpage declares that the Harney County Court is an administrative body with duties related to county government.  This government consists of two county commissioners and a judge (Grasty).  I find this system unusual, as most county governments have three independent elected commissioners, a court system divided into two chambers (district: misdemeanor offenses, superior: felony cases) under a chief judge, an elected sheriff, and an independently elected prosecutor.
County commissioners authorize the sheriff’s budget and allocated personnel, but they do not set law enforcement policy or tend to police administration.  The judge/s hear cases and tend to the court’s administration.  They do not formulate or impose county overall government policy.
What I find disturbing about the Harney County system is that it presents opportunities for conflicts of interest and corruption when elected officials occupy more than one role.
Grasty has announced that he intends to fine the Harney County protestors-$60-$75K a day for the costs imposed on the county because of their presence and occupation of the refuge.  To me this seems capricious and arbitrary and inordinately high.  Normally, fines are part of the public record as specified by the Oregon criminal or administrative code.  They may be imposed as part of a legal sentence…but that requires a court hearing with presentation of evidence, perhaps a jury and a verdict.  Fines may not be excessive or serve some ulterior motive, or be unsuual, such as putting a defendant into bankruptcy [non-judicial punishment] (http://www.nydailynews.com/news/national/oregon-county-judge-militia-pay-fine-occupation-article-1.2493839).  See (https://en.wikipedia.org/wiki/Eighth_Amendment_to_the_United_States_Constitution)
Thus, how does Grasty serve the public interest in being a county judge and at the same time an administrative official seemingly arbitrarily imposing fines on people without a court hearing?  The public intent to fine somebody made by a judge without a court hearing and adjudication is a violation of due process and may fall into pre-prejudice territory.
Moreover, what other duties outside the courtroom does Grasty perform?  Is he the county human resource administrator, the head of the county civil service, and does he have the fire marshal or fire department under his jurisdiction?
By what right does he tell other Oregon elected officials not to meet with the protesters at the refuge?  By what right does he prevent citizens from asking questions at public meetings?  By what right does he prevent peaceful citizens from assembling or attempting to serve notice of redress of grievances?  Grasty has declared he will prevent any public meetings in county facilities related to the protesters.
Harney County announces that it is ready for business and industrial development.  Does this mean or imply that farming and ranching are on the way out?  If so, does this mean that adjacent lands are suitable for industrial development, and if so, who set this decision into motio?.  Historically, there have been deep divides between developers and ranchers/farmers as their missions are fundamentally opposed.
Some protesters present views that the BLM is an agent for big business.  That they stockpile and inventory public lands and minerals for capital exploitation.  Could it be that the Hammond ranch in Harney County contains significant mineral wealth and their incarceration was a set-up to obtain their land for capital acquisition?  This is not a spurious question as the Robber Baron set in the 1890s and today prefer this ploy to obtain land and resources.  An examination of Judge Grasty’s background and business interests discloses the following:
Employment History

Board Memberships and Affiliations

Treasure Valley Community College
Sources indicate that Grasty is also heavily involved in public energy and economic development initiatives within the sustainability paradigm (http://www.rootofsustainability.org/index.php#mi=2&pt=1&pi=10000&s=0&p=3&a=0&at=0).  Moreover, there are valid arguments that the NC is part of the deep green ecology movement that aims at reducing human population by whatever means necessary (http://www.green-agenda.com/deepecology.html).  The NC fosters a highly controversial public conservation easement element.
The NC avoids disclosing information on how successfully conservation easements contribute to socialist agendas aimed at conversion of private property to state held lands, especially ranching lands.  To wit: “Property owners not properly informed of the hidden motives and long term consequences of a contract that is in perpetuity, that commits them and all future heirs and owners to unforeseen complications, costs and forced partnership. It greatly reduces the value of the property and even severely limits the ability to dispose of it. When this encumbered land changes ownership either through sale or inheritance, the easement runs with the title in perpetuity, forever.
Meanwhile, the CE contract holder, usually a land trust responsible for monitoring and enforcing terms of the contract, may go out of business or simply decide to divest its interest to another qualified entity. If abandoned, the conservation easement assumes orphan status and is transferred with all rights and interest to some level of government.”  Thus, this facilitates permanent government control of once valuable private land (http://www.glennbeck.com/2012/11/19/watch-how-is-agenda-21-infiltrating-your-community/).
Moreover, Gratsy is involved with the NC as a business partner, which has an interest in the Wildlands Project aiming at re-wilding America and removing humans from what it considers unique wildlands (http://www.4x4wire.com/access/education/nm_twp/nm_twp_pt7.htm).  Grasty joined the NC as a partner announcing the inception of innovative government/conservancy joint programs to help bolster the local economy  (http://www.rootofsustainability.org/index.php#mi=2&pt=1&pi=10000&s=0&p=3&a=0&at=0).
The NC organization gained notoriety as a radical environmentalist agency, cooperating with government interests by buying public lands and then reselling them to the government, which they admit gets around the problem of local opposition (http://www.rootofsustainability.org/index.php#mi=1&pt=0&pi=5&s=0&p=-1&a=0&at=0).
The NC has gained its share of opposition and distrust among farmers and ranchers as it supports Agenda 21 and has questionable cozy relationships with fedgov, including the BLM and Forest Service.  There have have a slew of disquieting charges of corruption and profiteering by the NC in association with such figures as Hilary Clinton (http://www.propertyrightsresearch.org/tncframes.htm).
IMO, Judge Grasty merits deep background investigation as his public profile is replete with red flags.  I would like answers to the following questions.
1. BAR Member.  Is he a BAR member and does he have a valid license to practice law.  Most judges are Juris Doctor holders and are BAR members with a license to practice law.  Does the Oregon BAR association have on record his credentials and any complaints filed against him?  Grasty claims to have graduated from a two year college.  Has he passed the Oregon BAR exam?
2. Judgeship.  What type of judgeship does Grasty serve in Harney County?  Does he have a public officer bond on record?
3.  Environment.  Is Harney County, OR affiliated officially with Agenda 21 and if so, who serves on the local environmental board?
4.  Boards.  How many boards does Grasty really serve on?  Is his presence honorary or is he a paid member of the board?  Bribes are frequently classified as fees or honorarium to hide their origin.
5.  Liquidity and Holdings.  What are Grasty’s public assets and net worth?  Generally, these documents must be on file.  Where are they?  Are they in order?  Is Grasty’s lifestyle and holdings commensurate with his public salary?
I would encourage people to pursue this research and ask pressing questions to resolve questions about Judge Grasty’s background, conduct, and official position in Harney County Oregon.