Quintas Dias.  FYI.  Do some research on the use of silver in fighting bacteria and other types of illnesses with the use of colloidal silver that started in the 1930s.
There is considerable evidence that silver particulates have been known to be effective in fighting bacteria and viruses for thousands of years.  Also keep in mind that Napoleon popularized the use of sugar to treat wounds in his army.  Note the effectiveness of healing wounds and burns by using sugar/honey/grease that goes all the way back to the ancient Egyptians.
As a young man, I was seriously flash burned on my lower legs from an explosion and had to undergo the painful process of surgical debridement.  My nurses were wonderful and did such a good job that today the scaring from the wounds are almost indistinguishable.
The sugar/honey/cooking oil treatment does not require debridement for burns.  You do NOT want to undergo debridement or be confined to a burn center.  What is debridement?  It is the cutting away of damaged flesh by the use of surgical scissors and scalpels.  Snip, snip, cut, cut, snip, snip.  Major hurt and pain.  Back in the day they did not have lasers.  I was in hospital for four months. 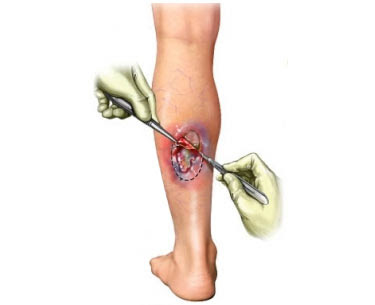 This is one of the reasons we have a huge and bitter divide between allotropic and osteopathic approaches to healing.  One uses synthetic drugs and the other natural compounds.
Keep in mind that like with the CDC, the FDA represents big biz and Big Pharma.  Colloidal and nano silver, if effective would undermine the huge antibiotic industry.  Big Pharma holds monopoly positions in the drug industry and do not want competition.  This is the same type of hostility found between monopoly capitalism and entrepreneurial capitalism…they are mutually exclusive.
World’s Oldest Antibiotic Also Shows Promise as an Anti-Cancer Therapy | The Alliance for Natural Health USA
Sugar for Wound Care – The People’s Pharmacy
FDA Assaulting Ebola Nano Silver Dr. Rima Responds
Quintus Dias

[expletive disclaimer:  every word of it is soundly deserved]

No need to apologize.  In fact I think when subjected to what looks like an act of war with enough circumstantial evidence to prosecute and possibly convict in a court of law, I don’t think the subjected should mince words.  Mincing words might give the perps the wrong idea.