QUINTAS DIAS.   Sadly, Ebola victim, Mr. Thomas E. Duncan has succumbed.  There should be an inquest to see who was complicit in this man’s death and what measures could have been taken to prevent it.

1.  Duncan could have been detained and quarantined in Africa.
2.  Duncan could have been refused boarding rights on the air carriers that flew him to America.
3. Airport medical inspectors at his destination could have quarantined Duncan.
4. The President could have revoked landing rights to air carriers coming in from African Ebola contagion zones.
5.  Hospital staff could have also quarantined Mr. Duncan.
This is not to place to conduct a post-mortem analysis of the facts and circumstances contributing to Mr. Duncan’s passing.  That is an inquest panel’s responsibility.  The intent is to jar awake apathetic public officials charged with our public safety and to remove incompetent ones.
CIRCUMSTANCES
We know that Duncan participated in transporting a sick Ebola patient in Africa.  Thus, he was exposed to the disease.  Much less is known about his itinerary and travel arrangements.
Duncan was allowed to deplane and meld within the Dallas civilian population.  Duncan was likely symptomatic at some point within ten days of his arrival in the United States.
Becoming ill, he sought medical help at Dallas’ Presbyterian Hospital. Something went wrong at the hospital.  Staff failed to dig into his background and missed important signifiers that Duncan could be a possible Ebola carrier.  There is no point in blaming the hospital examining staff for the tragedy. Sometimes the only way you learn is from the bitter fruit realized from your mistakes. However, the bitter fruit remains.  There were intelligence signifiers available that should have prompted medical staff to dig deeper into Duncan’s background.
We know the hospital tried to evade responsibility for releasing Duncan back into the population after being given a prescription for antibiotics.
OUTCOMES
We know that Duncan was transported in an ambulance and vomited inside the ambulance.  We know that he was found deathly sick in his apartment and vomited on the sidewalk outside of his apartment. We do not know how many people Duncan met while symptomatic
Duncan’s immediate close contacts have been quarantined.

We are not sure about the ambulance crew

The ambulance, the sidewalk, and Duncan’s apartment were decontaminated days after his admission to hospital.
The clean up crew used a high-pressure washer to flush the sidewalk of vomit.  Thus, highly contagious body fluids were blown about, possibly contaminating the clean up crew, and were dispersed about the area, and flushed down sewer drains by rain.
We are not sure whether any of the passengers aboard Duncan’s flights have been identified or have been placed under observation.
A CDC spokesperson publicly stated there was no danger of contagion and no, the CDC was not going to search for, and track individuals Duncan may have been in contact.
Mr.  Duncan is now dead.
Subsequently, the President remains indifferent about taking any vigorous action to limit or stop air travel from Africa’s contagion zones into the United States.
Moreover, the US southern border remains unsecured.  ISIS spokespersons have publicly stated that they intend to slip deliberately infected Ebola operatives over the US border to infect US citizens.
Meanwhile, we have a jackass American politician calling for US airstrikes on African villages in the contagion zone to kill anyone infected with Ebola.
SUMMARY
This is a classic example of a chain of cascading events setting into motion a tragic trajectory with a fatal outcome.  In sum, Duncan should never have been allowed to board an aircraft departing the contagion zone given the information regarding his background.  African airport authorities did nothing to stop him. US authorities did nothing to prevent the aircraft from landing and Duncan from deplaning.
Hospital staff did not properly identify Duncan as a possible carrier and released him.  Hospital management tried to cover up the error.  The CDC and the NIH stated they would do nothing to stop incoming flights from Africa’s contagion zone.  The President declined to take action.  Now, we have a man dead, and who knows how many potential Ebola vectors loose inside the United States.
The Border Patrol captured an ISIS terror cell on the border.  Where are the others?  Criminals employ effective stratagems in allowing sacrificial goats to be apprehended while allowing others to slip through checkpoints.
There is an urgent need to add hospital and medical staff to US intelligence planning and operation parameters.  They need to be alerted to possible WMD CBRN threats. There is an urgent need to share medical intelligence with US allies in Europe, Africa, and Mexico.
US medical care facilities and medical staff are NOT adequately trained or even prepared to handle an infectious disease crisis of the scale now ongoing in Africa. Hospitals need to coordinate SOPs with police and emergency responders.
In light of the lessons learned from Mumbai and the recent devastating terror attack on a hospital in Yemem, US authorities need to consider hardening hospitals, and increasing security for hospital and medical staff.  Our doctors and nurses NEED and deserve protection.
Despite credible evidence to the contrary, personnel at the NIH and CDC still maintain Ebola cannot be transmitted through the air.
Unfortunately, the focus on treatment or prevention remains on vaccination without due regard of their questionable record of effectiveness, and scores of confirmed deaths resulting from their use.
It was not a good fortnight.
The American people deserve better than this.
LINKS
http://fluboard.rhizalabs.com/forum/viewtopic.php?f=5&t=12561
https://www.youtube.com/watch?v=ReEsXCAlK0A
http://www.thedailysheeple.com/who-advisory-admits-coughing-and-sneezing-can-spread-ebola_102014
http://www.thedailysheeple.com/nih-we-may-have-to-vaccinate-whole-countries-to-stop-ebola-outbreak_102014
http://www.thedailysheeple.com/ebola-attack-patients-with-napalm-to-defeat-virus-rails-pro-life-u-s-politician_102014
Quintus Dias
Attachments area
Preview YouTube video THENEWSCOMMENTER SHOCK REPORT: 10 ISIS Fighters Caught By US Border Patrol 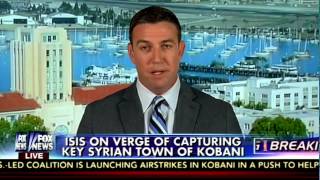