As a former security specialist with experience in mass weapons and mass casualty terrorism, the presence of Jihadis in America is very troublesome.  That got even more disquieting, when a Muslim terrorist training cell was inadvertently discovered some 60 miles from where I live in New Mexico and the judge subsequently, released the suspects.

Pundits and academic asshats say there is no proven link between cartels and terrorists-nothing to see or worry about, right?
Cartels are criminal organizations.  They are profit maximizers and in business to make money.  ISIS is a terrorist organization, in business to secure political advantage through instilling fear.  ISIS is known to support its aims by offering concessions in oil sales, weapons sales, military hardware sales-captured by them, made by them, or given to them by rogue elements in the US government.
To me this is a naturally symbiotic attraction-enabling a business model to further spread and capture monopoly market share in the global organized crime networks and extreme political capital venues.  It’s mechanism is the franchise of criminal enterprise by local crime chieftains by cartel capos (captains).
This assumes that terrorism can be considered a marketable good with capital value, and investment potential, especially when offered to despotic regimes or actors seeking to impose their will on others in a captive populace.
Consequently, it all boils down to artificially creating conflicts, where none existed previously, then using organized crime and terrorism to further the grip of hostile proxies in destabilizing, and looting a targeted state-even to the point of internal destruction.  Enormous profits abound in creating and financing conflict through the debt secured to fund such operations.  Control the debt, control the conflict, control the principals.  What this is essentially, is the MAFIA BUST-OUT racket on steroids.  The debt and profit yield secured by rebuilding destroyed or damaged infrastructure is beyond imagination in lay men’s terms. We are talking about billions and trillions in recapitalization for infrastructure.
We were given warning about this in the extant literature from revolutionary organizations and through the activities of the Medellin crime cartel.  Carlos Marighella. the Brazilian politician and author of the seminal work on urban guerrilla warfare. “The Mini-Manual of the Urban Guerrilla,” advocated provoking the state into conducting brutal massacres to drive the revolutionary impetus forward through public-spirited recruiting drives by those outraged over the government’s retaliatory measures.  Consequently, the more outrages perpetrated by government officials, the more recruits to indoctrinate and recruit into terrorist and insurgent organizations.  Thus, sustaining the insurgency.
Moreover, in the US we have NGOs organizing rural America, such as the leftist Oregon Rural Organizing Project that embraces sheltering illegal immigrants and creating means to shield and sustain them in rural settings.  Furthermore, the Oregon ROP was heavily involved in the Oregon Malheur Refuge confrontation and in direct contact with Oregon’s leftist Governor, Kate Brown.  Subsequently, the ROP published a how to do list centering on countering infiltration of its stake in rural settings and how to nullify patriot influence in rural America.  (Chip Berlet, an associate of the Southern Poverty Law Center [SPLC] and Marcy Westerling the former CEO of the Oregon ROP are on the board of Political Research Associates [PRA]).
This implies that both the rural and urban markets are being addressed for maximum market expansion and penetration by the cartels and or by potential cartel criminal franchise holders (I consider such NGOs as the SPLC and PRA as either useful idiots or potential stakeholders in cartel operations).
Cartels as crime organizations are driven by business considerations-maximizing profits, seeking new markets, consolidating markets and eliminating opposition.  Thus, in developing and or merging with criminal terrorist organizations or in creating them, the cartels have much more to offer the insurgent.  We’ve seen this time after time, especially in the establishment of narco-terrorrist states.  We have a near narco-terrorist state now in Mexico.  Mexico is now in the process of destabilizing the US through illegal immigration, crime syndicates exported to the US and through irredentist movements seeking to reacquire Mexico’s former holdings in US territory.  Moreover, the Mexican cartels have a ready market of potential operatives to recruit from already in the US.  These are gang members, such as MS-13 gang members that serve as contract drug mules, enforcers, cartel drug franchise holders and killers for the main Mexican cartels.  The beauty of this arrangement is that gang members are easily replaceable and disposable assets for the cartels.
There are about 200 known cases of ISIS related domestic terror activities (2015) in the US.  Some 90% of these cases involved American citizens.  Some thirty percent were related to plotting domestic terrorist incidents.  This infers that ISIS already has a significant support base inside the US.  Moreover, as we saw with the Arab Spring, Muslim radicals are sophisticated information warriors and astute practitioners of media related radicalization.  Furthermore, there is compelling evidence to suggest that crime cartels and terrorist groups micromanage and micro-target a potential audience.  We’ve seen this in the “narcomanta” communiques used by cartels in Mexico claiming territory or to announce political demands, or in announcing who is on their hit lists.
But all of this is nothing new.  We already saw this previously some 25 years ago with the extent of the Medellin crime cartels activities in Colombia.  Yet, this is all ignored by the US Media and termed malarkey by politicians that constantly decry the establishment of Muslim terror groups associated with crime cartels as sheer nonsense or a fabricated fiction.
Quint
LINKS-
MEXICAN CARTEL SUBCONTRACTING:
Mexican Cartel Allegedly Hired MS-13 To Carry Out Torture Operation In Minnesota
Carlos Marighella 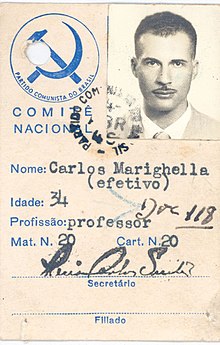